For her project Recognized / Not Recognized, A comparative analysis of popular and unpopular news images Coralie Vogelaar (NL, °1981) explores the mechanisms of press photography. Every day, newspaper editors are inundated with thousands of images of one event, often in real time. One image will be destined to become iconic while others will vanish into oblivion. Vogelaar amassed an archive of 850,000 news images (including amateur footage) from the databases of international news agencies, such as AFP and Reuters, of the 10 most covered events of the past five years. Using image recognition software, she researched which images were used the most and the least on the Google indexed web and attempted to find the underlying patterns.

Recognized / Not Recognized is a two-channel video installation that reproduces these popular and unpopular images in the form of a performance piece created in collaboration with the choreographer Marjolein Vogels (NL, °1984). Nine dancers move from one frozen position to another: on one screen, they mimic the news photograph that was successful and on the other, the simultaneously shot but failed image.

Intriguingly, the successful images often show people in poses that we subconsciously recognise from western art, such as Michelangelo’s Pietà or Géricault’s The Raft of the Medusa. It would appear that from a vast ocean of photographic data, we have the tendency to favour images that confirm our visual frame of reference.

Recognized /  Not Recognized can be interpreted as an attempt to find the algorithm for a future camera – one that only captures the perfect shot, similar to the recent ones that include smile detection software. Vogelaar begins and ends the exhibition with a collection of “orphan” press images: photographs that are hard or impossible to find on the Internet as they are considered redundant data and therefore have been almost completely erased by the system. 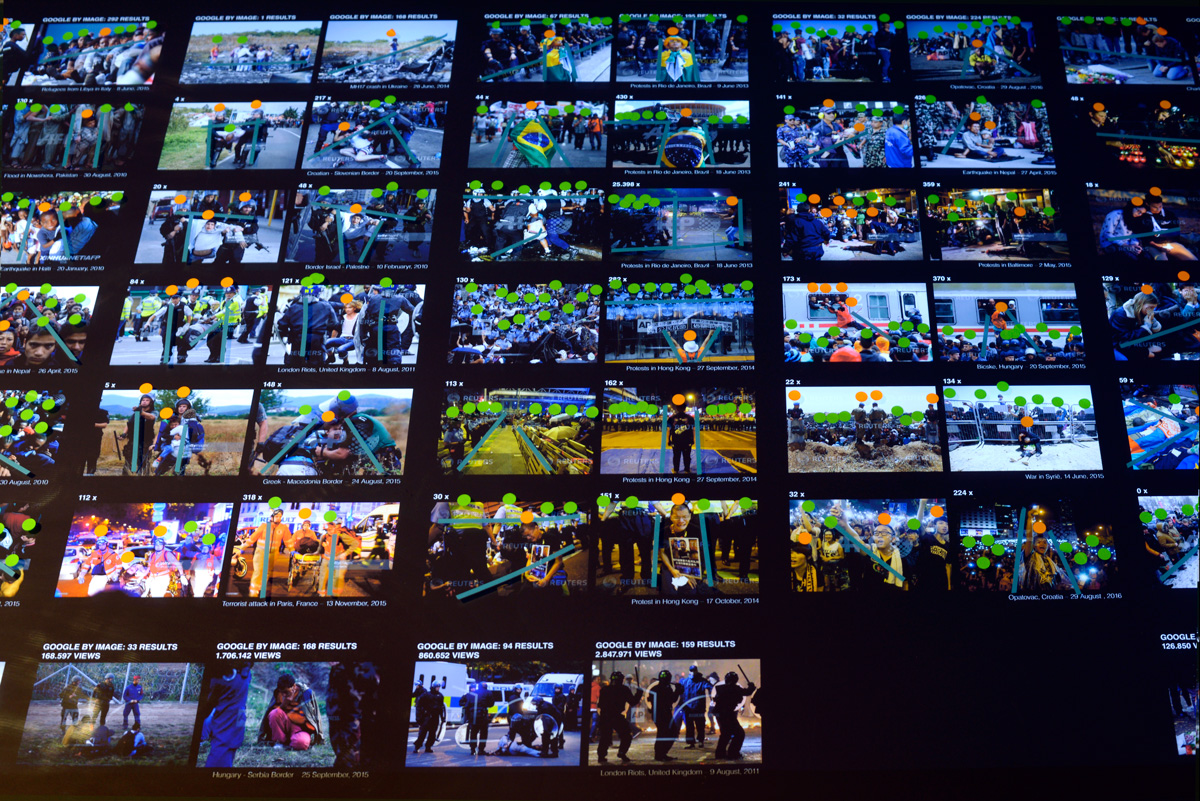 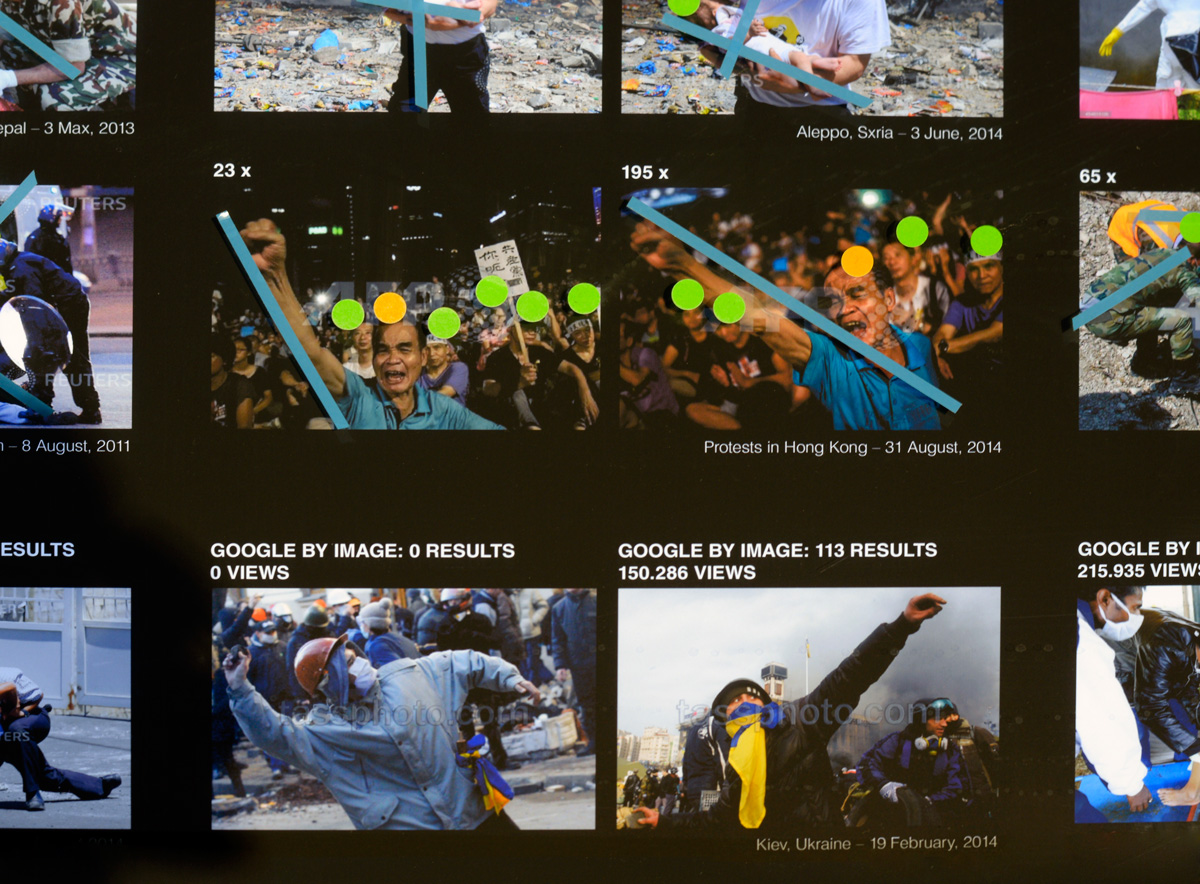 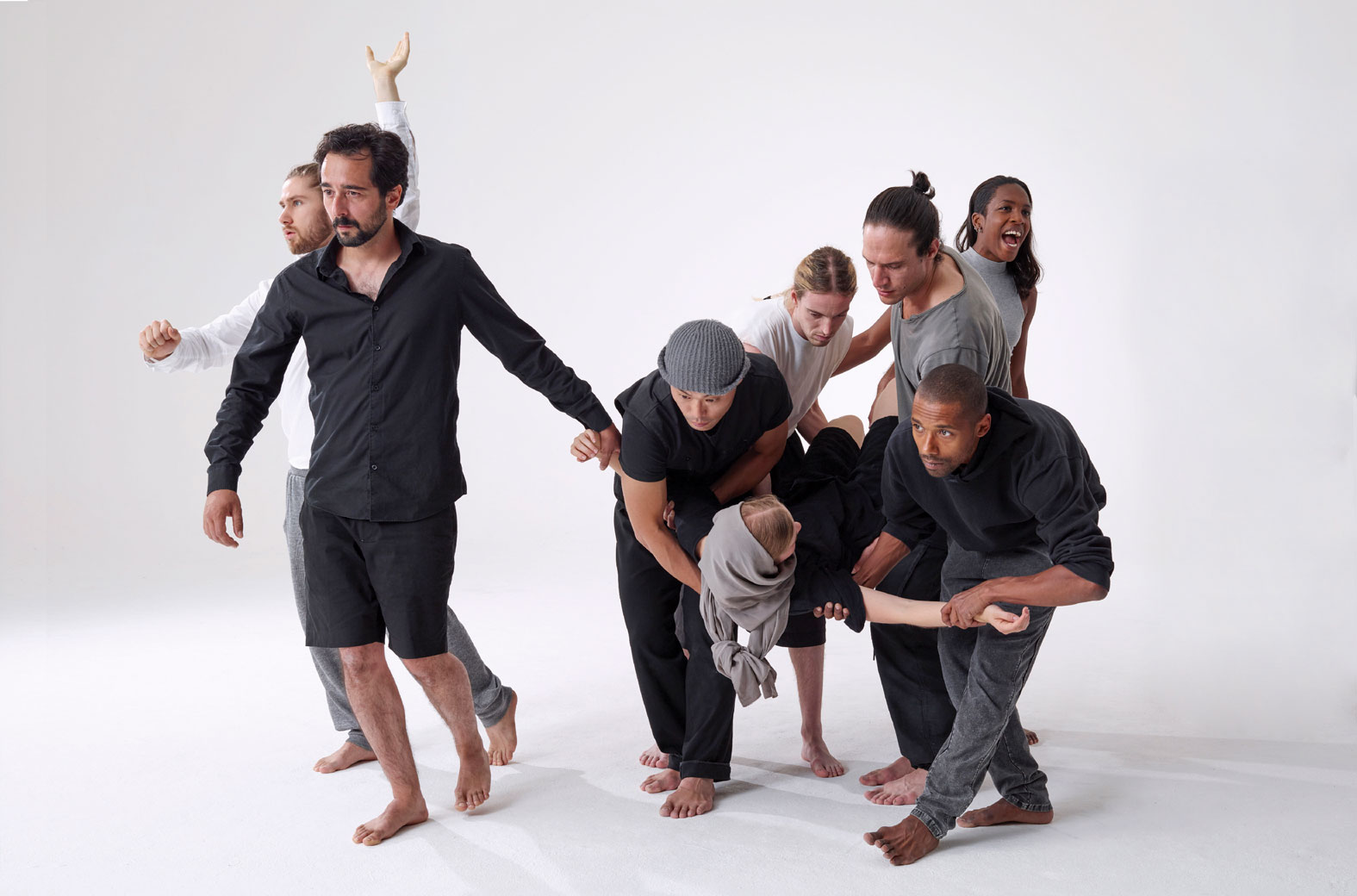